Working with Art, Archetypes, and  Spirit

“I believe that men are generally still a little afraid of the dark, though the witches are all hung, and Christianity and candles have been introduced.”
— Henry David Thoreau

Read Accursed Charms, an essay by Judith Hoch, which is illustrated with 16th and 17th century woodcut prints made by artists who were invited to watch and record the executions of women found guilty of the crime of heresy, usually through accusations of black witchcraft.

The painting shown here, Profitable War on Women, is based on such a small woodcut made at the hanging of these women. It is important to note that witchcraft was a fictional crime, not a herbal based practice of shamanism or sorcery. Women (and some men) who were executed were ordinary citizens. Some were midwives and herbalists; but many were just unprotected woman with property coveted by someone who tendered an accusation against them. The accusers were encouraged by irrational patriarchal religion which deemed women inferior to men, not made in the image of Christ, “evil Eves”. By the time the pogroms were over, tens of thousands of women were dead.

My Accursed Charms essay and series of paintings refer specifically to the curse laid on women through this campaign of legalized terror, initiated and supported by both the Catholic and Protestant Churches in the early modern period of Europe. The paintings include images of clergy and the secular men who worked for them, torturing women and executing them by burning and hanging.

The paintings in Accursed Charms also show women declaring an end to terror and oppression, crying out for a united Earth community to outlaw religions which do not observe a bill of human rights for all people. 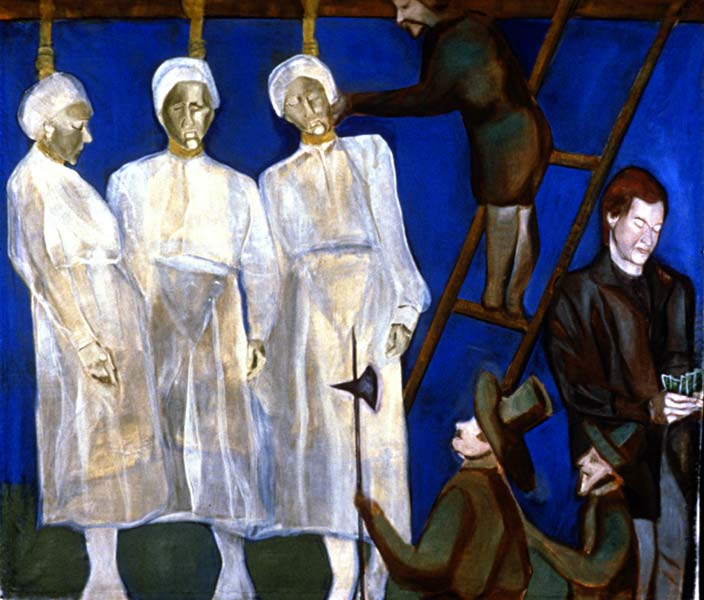 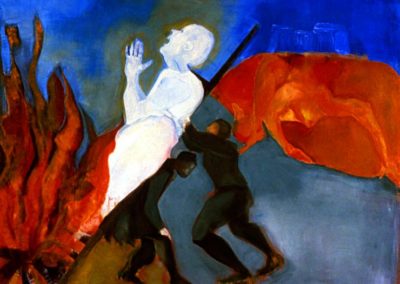 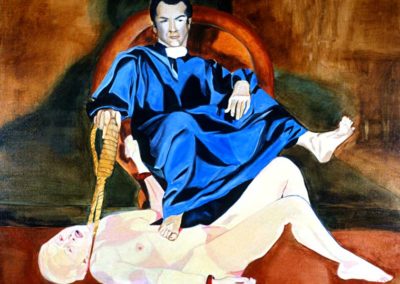 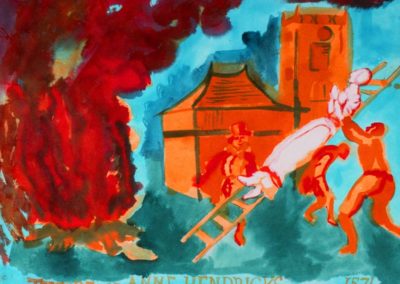 The Torture of Anne Hendricks 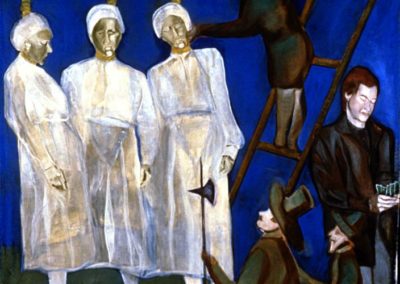 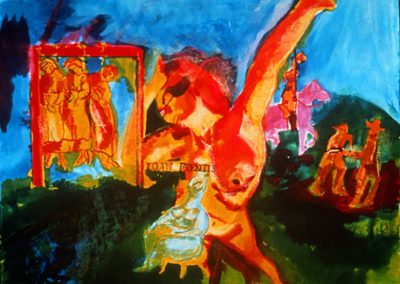 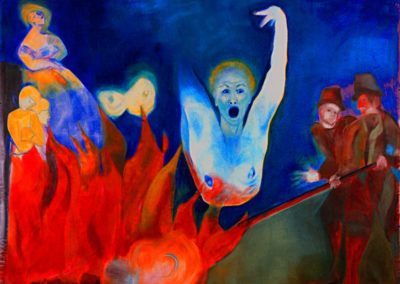 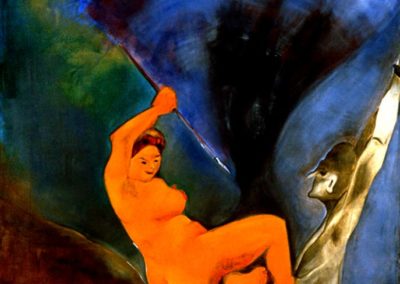 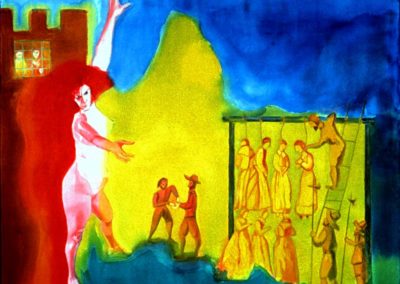 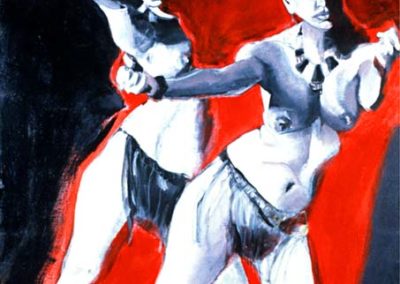 Half of Everything is Ours 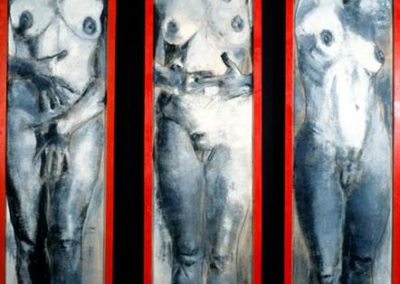